DDS vs. DMD: What’s the Difference? 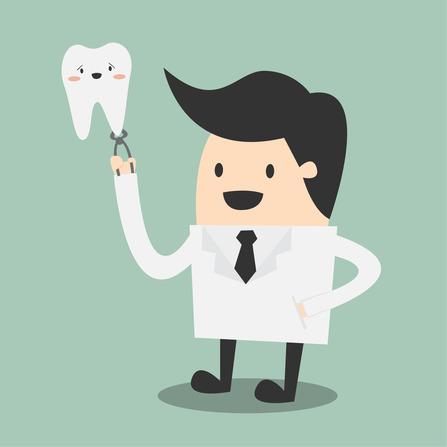 The names Glenn R. Payne, DDS and Nicolas K. Young, DMD are printed on the front door of our practice. When new visitors to our office see this, one of the most common questions they ask is “What’s the difference between a DDS and a DMD?”

DMD dentists go through more rigorous training program and make the prettiest crowns. They are also better looking, have more friends, and excel in most everything from athletics to Trivial Pursuit. If you aspire to be a great dentist, it would behoove you to go to a school that awards a DMD degree, such as the great University of Louisville. That’s really all you need to know about dental degrees; read no further.

Okay, so that might be slightly unfair. I might be a little biased toward my own dental school and the degree I earned there. If you’re still with me, I guess I owe you a more nonpartisan answer. There is absolutely no difference between a DMD and a DDS degree in the United States. The American Dental Association has stated the following:

The DDS (Doctor of Dental Surgery) and DMD (Doctor of Dental Medicine) are the same degrees. They are awarded upon graduation from dental school to become a general dentist. The majority of dental schools award the DDS degree; however, some award a DMD degree. The education and degrees are, in substance, the same.

The story behind the difference is kind of interesting though, and I’d bet not many dentists even know how the two degrees came to exist side by side. In the 1800s, DDS degrees were awarded by trade schools (basically training via apprenticeship) that were unassociated with universities. This model started to change in 1840 when the University of Maryland started the first university-affiliated dental school, the Baltimore College of Dental Surgery. From that time forward, dental education became the property of universities, and all the early dental schools awarded the DDS degree. The surgery part of the degree is significant because it represents one side of a medical dichotomy that dates back to ancient times: healing through surgical techniques vs. treating diseases with medicine.

In 1867 Harvard University added a dental program and threw a wrench in the machine. Because Harvard only awards degrees in Latin, and because the Latin translation of DDS, Chirurgae Dentium Doctoris, was considered too cumbersome by university administrators, a new degree needed to be created. A Latin scholar suggested prefacing the existing MD degree, Medicinae Doctoris, with the word Dentariae, and the DMD degree was officially born. Yale and other “prestigious” universities followed suit by awarding DMD degrees in their newly created dental schools, but the majority of universities adding dental programs elected to keep the traditional DDS degree started by the trade schools. Besides making things confusing, the DMD degree is significant for at least two other reasons: 1) it recognizes dentistry as a field of expertise within medicine, and 2) it references the medical vs. surgical dichotomy I mentioned earlier, emphasizing a more systemic or holistic concept (treating oral disease vs. merely performing tooth surgery).

As of 2013 there were 65 dental schools in the U.S., the District of Columbia, and Puerto Rico, and about two thirds of them currently award the DDS degree. The American Dental Association is well aware of the confusion surrounding the issue and has tried various times to consolidate the two degrees into one. The following have been proposed to remedy the confusing situation: 1) eliminate the DMD degree, 2) eliminate the DDS degree, and 3) create a new degree and force everyone to adapt. Unfortunately, nobody can agree on what is the best course of action, so nothing ever comes of these consolidation efforts. Some dentists oppose change due to school pride, prestige, and tradition. Others would welcome a change just to avoid confusion (e.g. some DMD dentists use DDS on their advertising or stationary because the DDS degree is much more common where they live). On a political/academic level, DDS proponents argue that their degree is more universal, and that the surgical designation is most appropriate because it best describes what dentists actually do—cutting teeth. DMD proponents emphasize their degree suggests a medical model of practice (gathering information, making a diagnosis, consultation, education, and involving patients in their treatment) that is more appropriate for those who are doctors in any field of medicine.

My Take on the Issue:

Regardless of which side has a better argument, one thing is certain: change is not on the horizon. There will be two dental degrees for a long time to come.  Both DMD and DDS program offer the same rigorous curriculum and good dentistry is more about an individual dentist’s skills and standards than the letters attached to their name.   It might be beneficial to consolidate the degrees into one, but I think it would also be a colossal waste of time and money to debate and put standardization protocols in place.