Impressions from Our 2015 Guatemala Trip 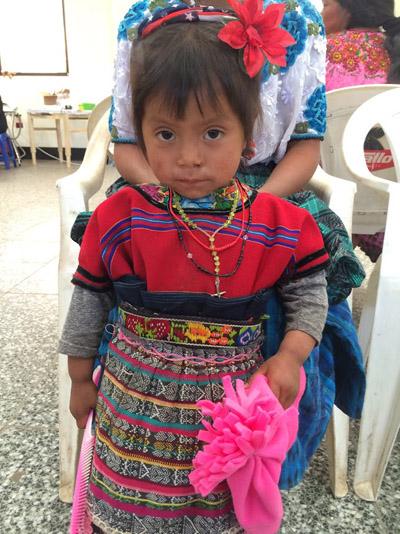 After spending the last week in Guatemala on our humanitarian mission trip, we’re back home and back to work at Canyon Gate Dental. I served an LDS mission in Peru almost 14 years ago and many of the feelings I had during those two wonderful years came back poignantly during our short service trip. Because our patients are such an important part of our being able to do great things like this, I’d like to share some of my impressions and experiences with you:

There are good things happening that we don’t hear about

I don’t watch the news at night because, frankly, it’s quite depressing to hear about all the bad stuff that happens in our world. Somehow the depressing, sad news always takes center stage and most of the feel-good stuff goes unreported. While we were in airports and Guatemala hotels, we ran into several other organizations from the United States doing good things abroad. One group was a bunch of Christian doctors from the Southeast states traveling to South America on an orthopedic surgical mission. Another was a dental organization just like ours going somewhere else in Guatemala to pull teeth and do fillings. I saw yet another organization of both young and old people wearing matching tee shirts that indicated they were doing other humanitarian projects in Guatemala. Long story short: it’s comforting to see that lots of good things are happening. Americans are doing a lot of good in the world.

Somewhat informally, our group took some records on the treatment we provided to the small town of San Miguel Siguila. The actual figures are probably a bit higher but here’s what we recorded:

These figures are nice, but the real meaning behind them didn’t hit me until later. At the conclusion of our work, we met with the mayor of San Miguel Siguila and he shared what our trip meant to the hundreds of families that received dental treatment in his town. The mayor estimated the cost for an extraction to be Q100 and the cost for an average filling to be Q150, not including travel expenses. With most people in the area living on less than Q7.50 (one dollar) per day these savings are pretty significant. The mayor’s emotions were close to the surface as he told us of one woman who approached him full of gratitude; because she and her four children received free dental care, there would be enough money to feed the family in the coming months. Real people with very real problems were helped a great deal by this service.

We left a lot of work undone

Perhaps the hardest thing we had to do during the trip was turn away people who needed dental care. Because of time and the sheer number of people that needed help, we had to use a triage system and fix the worst things first (namely painful teeth) and distribute our time to help as many people as possible. Because of this, many who received dental treatment still needed a lot of work and others didn’t get any treatment done at all. There simply wasn’t enough time each day to see everyone; safety concerns required us to pack up and be out before dark each day. In spite of our successes, it is hard to think about the ones who were turned away at the end of our work days. I don’t know that we could have worked any harder or faster than we did, but it still feels like a job left unfinished.

I work with the best dental team around

I’m aware that statement sounds arrogant, but I sincerely mean it. When I joined Dr. Payne as an associate several years ago, one of the things that attracted me to the office was his experience serving abroad. Now having one trip under my belt I can really see why he likes doing these trips so much. Dr. Payne, even with his very limited Spanish ability, seemed very much in his element with the people in Guatemala and I’ve seldom seen him happier than he was while serving. Likewise, our hygienist Brette was a great asset to the team on this trip and she seemed to thoroughly enjoy her work for the people in San Miguel Siguila. Our team members Katie and Jen were able to go to Guatemala a year and a half ago and I heard similar things from them. This is a team of workers and a team of service-minded people, and I couldn’t ask for a better bunch of people to work with. I’m better just for being around them.

We are very fortunate

Life is not perfect in Orem, Utah, but there are an awful lot of things we don’t have to worry about that are major concerns elsewhere in the world. Things like clean water, medicine, clean clothes, access to medical care, access to dental care, food, milk, houses, warm beds, carpet, a full belly, electricity, savings accounts, disposable income, disposable time, water heaters, kitchens, bathrooms, educational opportunities, good jobs, and even bad jobs (to name just a few) are things that we probably take for granted that just aren’t realities in many parts of the world. I’m coming back from Guatemala with a renewed appreciation for a whole lot of blessings I largely ignore on a day-to-day basis.