Question from a patient: The Safety of “Silver” Fillings 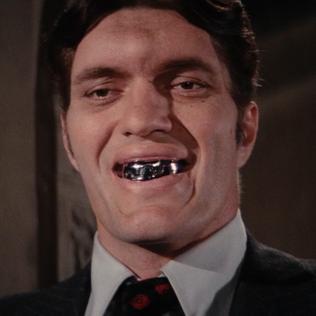 Q: Are silver fillings bad for me? Do I need to get them removed?

A: Questions about the safety of silver fillings are pretty common in our office. I think they are mostly motivated by fear of cancer or a myriad of other health problems. Whether spurred by Dr. Oz, homeopathic-type websites and blogs, or previous dentists trying to drum up business, there are a lot of people out there who want information about this topic. Unfortunately a wealth of bad information is readily available. I’d like to give you my take on the issue (spoiler alert: I side with the views advocated by the American Dental Association). As a disclaimer, we do not currently place amalgam fillings in our Orem, Utah dental office; I have no financial reasons to be an advocate for amalgam fillings.

“Silver” fillings, more appropriately called amalgam fillings, are a mixture of several metals, mostly silver, tin, zinc, mercury, and copper. They have been around for an awfully long time and stood as the dental restorative material of choice for many years. They notably appeared in Germany in 1528 but we know they are much older than this because a Chinese medical text from 659 AD talks about their use in dentistry. It probably wasn’t until the 1800s that they really reigned supreme as a filling material though, and this came about because they were cheap, easy to work with, durable, and strong. Recently (as in the last 30 years) they have declined in popularity, mostly due to cosmetic demands and an explosion of dental materials technology.

Dental amalgam is one of the most carefully scrutinized and tested materials ever in terms of health safety. Numerous studies have been performed and time after time, amalgam fillings are found to be safe. In 2009 the FDA reaffirmed their position that amalgam fillings are a safe and effective tooth restorative material. While there is an extremely small amount of mercury vapor exposure that does happen over the years as an amalgam filling wears down, sophisticated testing has shown that it is much less than you would be exposed to from your environment or from the food you eat. If you have concerns, I suggest checking out the following link and the links to the various studies embedded within the document:

So why does all the negative talk about dental amalgam exist? It is my opinion that there will always be a very vocal minority that opposes almost any health practice, no matter how safe and effective it might be. The recent explosion on social media around the anti-vaccine movement is a great example of this. Anti-vaccinators take a position that is not based on anything logical or scientific, yet their incorrect and dangerous opinions are all over the place. Just because they shout the loudest doesn’t mean that their words hold any weight (Don’t think I don’t love you, anti-vaccinators; some of you misled people even floss your teeth!). Vaccines are safe and effective, and they are a miracle of modern medicine; the next day you spend not dying of smallpox or the measles, be thankful for vaccines.

The truth of the matter is that dental amalgam is a wonderful material that probably still has some utility even with the wonderful alternative materials we have available today. I’ll let the vast body of research confirming the safety of amalgam speak for itself, but I would like to comment on the longevity and strength of the material. I have seen amalgam fillings 80 years old that are still in great shape and doing their job well. Many of you had amalgam fillings placed in your childhood or youth when you didn’t care for your mouth quite as well as you do now, and that’s completely fine. These fillings might be old, but if they haven’t started to corrode or leak, and there aren’t cracks present in the tooth, chances are good that they’ll be fine for many more years.

I said above that we do not place amalgam fillings in our office. This has nothing to do with safety of the material. There are simply much better materials available today. The concept of bonding was a major revolution for dental materials and the filling/buildup products we use in our office are stronger and way better looking than dental amalgam. Occasionally I have a patient ask me if I’ll replace their silver fillings for white fillings, even if there isn’t a problem with their amalgam fillings. As long as they know that nothing is actually wrong with the tooth and that such procedures are completely elective and cosmetic, I’ll usually accede to their requests. On the other hand, and this is a major pet peeve of mine, there are some dentists out there who are simply looking to take as much of your money as possible. Replacing amalgam fillings is an extremely easy way for them to scare you into a lot of expensive and needless treatment. Beware!

That’s not to say that amalgam has no problems. We see a lot of toothaches in our office that involve old metal fillings that have simply worn out. Because they are made of metal, the filling material expands and contracts slightly with exposure to hot and cold things. This is quite insignificant over a few years, but it has been hypothesized that over the course of many years, this repeated expansion and contraction can put hairline fractures in a tooth if the filling is large enough. This doesn’t quite always play out, even in large fillings, but I believe there is a great deal of truth to this concept. The best course of action is to consult a trusted dentist and ask them what kind of shape your metal fillings are in.