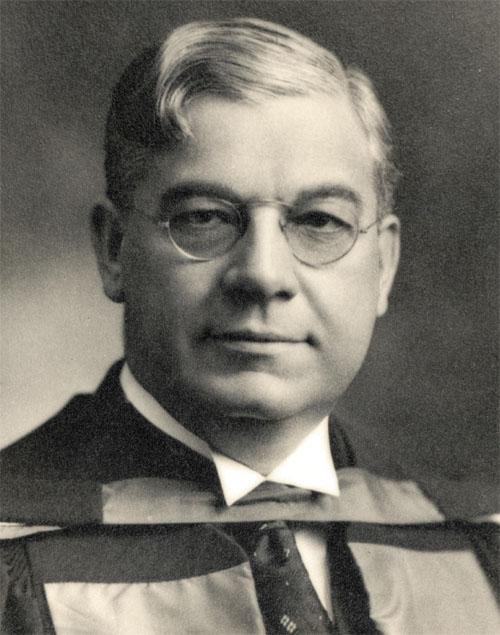 We take so much for granted in dental care these days.  I am aware that visiting the dentist to fix teeth isn’t your favorite thing in the world, but have you ever considered what the dental experience was like 200 years ago?  I promise you that today’s dental treatment, regardless of who your dentist is, far exceeds the comfort level of getting a tooth pulled in the 1800s.  Also among the things we take for granted today are knowledge of what causes tooth decay and knowledge of how to prevent it from happening.  As a student of the history of my profession, I’d like to shine a spotlight on one of dentistry’s all-time great figures, someone you have likely never heard about:  Dr. Levi Parmly (1790-1859)

Levi Parmly was born in Vermont, as the oldest of nine children and the son of a farmer.  We’ll just focus on Levi today, but four of the five sons in the family went on to become dentists, some very famous in their own right.  Although he hated farming, Parmly was a hard worker and reported to be exceptionally talented in almost anything he touched from athletics to music.  Parmly moved to Boston at age 22 and learned dentistry as an apprentice to a couple different dentists, including Dr. John Randall, a great physician and dentist of his time.  When he was ready, Levi initially set up shop in Montreal, but practiced in Quebec, the western states of the Union, and eventually even in Europe.  After practicing in Europe, Parmly returned the United States to spend most of his later life in New Orleans.

Levi Parmly was the first American dentist to practice, with distinction, in England.  He rubbed shoulders with some of the most famous dentists ever in Thomas Bell, Alexander Nasmyth, Sir John Tomes, and Samuel Cartwright.  Two of the best surgeons in England, Sir Astley Cooper and Sir Anthony Carlisle, endorsed Parmly as a dentist.  Of Parmly, Carlisle wrote “I consider his discover of the causes which produce decay in teeth, to be a valuable accession to surgical knowledge; while his liberality and candour, in making his experience public, do him honour as a Man.”

Parmly was an excellent thinker and educator who wrote books on dentistry.  His main focus was on preventing disease, something which resonates strongly with today’s dental philosophy.  In his first book he wrote the following:

“The first and most important object from Childhood is the cleanliness of the Teeth. . . . Though we should be careful to clean the teeth after every meal, it is more particularly necessary before retiring to rest; the foulness which has been all day accumulating, is thus prevented from committing its ravages during the night.”

Most of Parmly’s writings communicate his theories of decay and gum disease which have now become a cornerstone of dentistry.  At the time, however, these ideas were revolutionary and not widely accepted.  With the first publication about microorganisms in the mouth coming in 1878, Parmly was at least 50 years ahead of his time!  Although Parmly didn’t have the technology available to identify bacterial infection as the source of dental problems, Parmly did identify the causative agent of dental problems as an external source which could be removed through consistent daily cleaning.  In order to remove this unknown decay-causing entity, Parmly taught his patients to scrape their teeth with a silk thread, effectively making Parmly the first modern dentist to advocate flossing.

As impressive as Parmly’s curriculum vitae as a clinician and educator is, in my opinion his greatest achievement came through his philanthropy.  Because he was so financially successful, Parmly was able to donate a considerable amount of time and money to charity.  Parmly’s favorite charities were schools and orphanages, where he fixed teeth for children and educated them how to keep take care of their teeth to avoid problems.  His obituary in the American Journal of Dental Science stated that he devoted himself to charity and hygiene of children “at pecuniary sacrifices which few, even of the most philanthropic, would be willing to make.”

Hats off to an excellent dentist and a great man!  Levi Spear Parmly, you’re among the best our profession has ever had.