The Life of George Franklin Grant, A Dentist and an Inventor 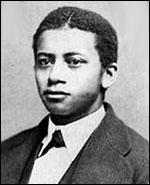 Born in September 15, 1856, George Franklin Grant is known today for his many accomplishments. He was born in Oswego, New York, to parents who were active in the fight against slavery. He moved to Boston years later, and he was able to enroll in Harvard School of Dental Medicine in 1868. George, graduated in 1870, and he practiced dentistry in the area. In 1971, he was able to get a position in Harvard’s Department of Mechanical Dentistry, putting his name in the history books as the first ever, African-American faculty member.

George was able to contribute much in the different fields that he entered in. Aside from his achievements in academics, and his prestige in dentistry, he is also recognized today because of his contribution in Golf. He loved playing golf, but one thing that he did not like about it was that players had to carry around a bucket of sand so that they could mount the ball and hit it properly. The sand had to be piled before each shot, making the game time consuming, and messy.

He looked at the Tee patents of British inventors, and decided to improve on their design. Instead of using a rubber circle with a metal spike, like the one used in the “Perfectum” tee, he designed a peg with a rubber top which can be pushed into the ground. His design looks very much like the modern tee that we have today, with the exception of the concave top.

George Franklin Grant did not choose to market his invention. It may be because he only wanted to give something back to one of his interests in life. The modern tee that we now have today, which is more efficient and marketable, is actually made by another dentist, William Lowell, who improved on the inventions of his predecessors.

George, was not just able to bring honor to African-Americans, but also to dentists all over the world. He is proof that anyone can do something positive through ingenuity and resourcefulness. George died in August 10, 1910 in his vacation home, and it took almost a century for him to gain recognition of his contributions.