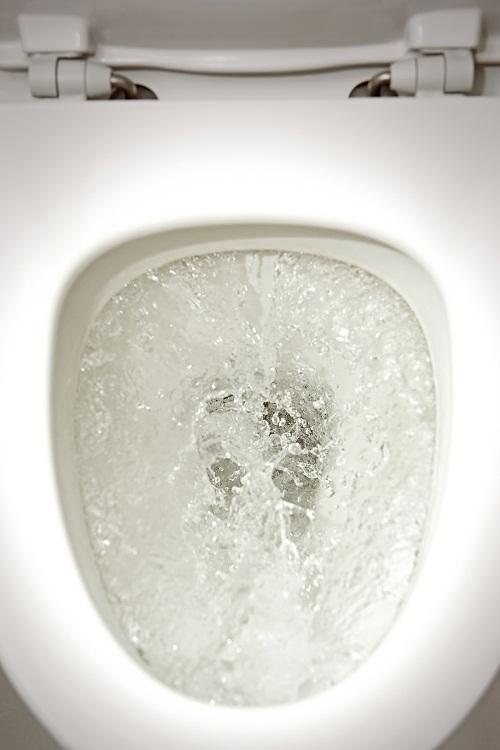 I have heard several myths about the proper location and correct storage method for toothbrushes, but I’d like to shed a little light on what is actually happening in your bathroom from a dentist’s (and an amateur microbiology enthusiast’s) perspective. Before you read on, please get yourself in the right frame of mind. Realize that if you think too much about microbiology you’ll never be able to function normally; if you could always see what was happening in the microscopic world you’d never open doors, go barefooted, touch your smart phone, eat at restaurants, visit the hospital, use the bathroom, shake hands, hug your children, etc. I have withheld writing this blog post for weeks because I’ve been concerned about grossing people out excessively, but like Cat Stevens said, “I’ve got to show the world, world’s got to see.” If you have a weak stomach or you’re prone to obsessive-compulsive behavior, stop reading now and keep living life in blissful ignorance. 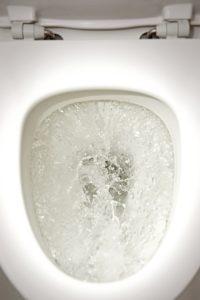 Do Toilets Spray When Flushed?

The first thing to address is the airborne droplet issue. Does the toilet shoot out droplets when flushed? If so, how far can these droplets travel? Even more importantly, does aerosolization occur when the toilet is flushed? Aerosolization is the process whereby a substance is converted into particles that are small and light enough to be carried on the air. Both bacteria and water are easily converted into an aerosol, but the question is whether the flushing mechanism is sufficient to make this happen in the environment of the bathroom. A British television show called Duck Quacks Don’t Echo, which is pretty similar to MythBusters in the United States, effectively addressed this question. Check out the following clip:

Can Fecal Matter Reach Your Toothbrush?

You can see exactly where this is going, but now that you what goes on in the microscopic world when the toilet flushes, you are likely wondering whether your toothbrush is safe or not in its current location. To answer this, I turn to the guys from MythBusters. In a 2004 episode, the guys set up 24 toothbrushes in various places in their work bathroom to see which brushes became contaminated from toilet flushing. Two brushes were also placed in a control location that was enclosed and separate from the bathroom. Two of the bathroom brushes were the actual brushes used by the MythBusters guys and the other brushes were rinsed with distilled water each day to provide the brushes with a wet surface to simulate brushing and rinsing. After a month of . . . business as usual . . . the brushes were sent to a microbiology lab for analysis. Look at the following video and skip to the 9:08 and 43:00 marks to see the setup and outcome of the experiment:

Bacteria and Your Immune System

Now that you’re thoroughly grossed out, understand a few things about bacteria and the immune system. The big take away from that last clip is that bacteria rule our world. Bacteria are everywhere on our planet; they live on our skin, they live in the deepest ocean trenches on the planet, and they live in areas seemingly inhospitable to life, such as the hot springs of Yellowstone National Park. They replicate rapidly and are amazingly resilient as well. No matter how many antibiotic hand soaps, antibiotic bathroom cleaners, etc. you use, you’ll never get away from bacteria; at this very moment they are all over your body (inside and out), all over your clothes, and all over every single object in your environment. Even if you can momentarily eliminate them, they’ll just come back rapidly. It has been estimated that 50% of the biomass of the entire planet is made up of bacteria. The overwhelming majority of this bacteria is harmless or even beneficial to us, but there are a few bad species out there that cause problems from time to time. This is where your immune system comes in—and I truly believe that this is one of the myriad miracles of human life. Even though we live in world swarming with microorganisms, the human body handles it just fine! Each day your body will come in contact with all kinds of bacteria, both good and bad. Even though you’re grossed out by it, the MythBusters experiment just goes to prove this point – even the fecal bacteria are everywhere in the environment (such as on the control toothbrushes). There’s nothing you can do to avoid these daily encounters, but if your immune system is healthy and uncompromised, your body easily handles small to moderate bacterial insults. If the immune system is not up to par, due to disease, medications, or any other reason, that is where things get a little more frightening. This is also why babies and the elderly are predisposed to sickness; their immune systems are not running at full speed and can’t handle bacterial encounters as well. Also keep in mind that different environments host different populations of bacteria better. Your mouth is one of the most bacteria-filled environments around. In all honesty, the dirtiest place you’re putting your toothbrush is not on the bathroom counter next to the toilet, it’s in your own mouth!

So, are there fecal bacteria on your toothbrush? Yes, but realize that they’re pretty much everywhere else as well. The trick is to keep things to minimal levels and not invite problems to happen. With that in mind, consider the following advice to keep yourself healthy with regard to how you store your toothbrush.