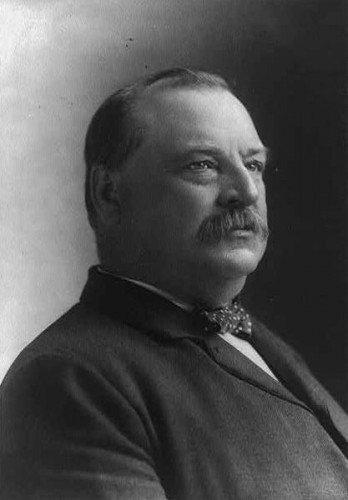 Washington D.C. can be home to a lot of intrigue even when it is not an election year. 100 years ago, this was exactly the case when President Grover Cleveland told the people that he would be out of town for a while to escape the sizzling hot summer by sailing on a friend’s yacht to his summer home. He said that he wanted to do some fishing along the way. What actually happened was that while on board the ship, the president secretly had an operation for the treatment of oral cancer.

But why would he try to hide his treatment from the public? Matthew Algeo explains in his book, The President is a Sick Man, that during President Grover Cleveland’s time, the U.S. economy was in a fragile state, and the president was worried that news about his health would make matters worse for Wall Street. You should also consider the fact that in those days, people who were diagnosed with cancer carried a stigma because there were very few effective treatments available. When you take into consideration that not a decade before, President Ulysses S. Grant died from oral cancer, you will know why Cleveland had to take matters into his own hand.

Weeks before the “fishing trip” the president, who loved fine cigars and alcohol discovered a swelling on the roof of his mouth. After having it checked, doctors found out that it was oral cancer. This is why the president recruited a team of doctors and dentists to perform the operation on-board the yacht. The team were told to keep the treatment secret, and as a matter of fact, not even the vice president knew about it.

Inside the yacht, the salon was converted into an operating room. And on July 1, 1873, the President was anesthetized, and part of his upper jaw, and five teeth were removed. After 90 minutes, the operation ended successfully. There was no noticeable scarring, and even the President’s mustache remained intact.  After a few weeks of recovery, the president was given a rubber prosthesis that allowed him to speak and eat normally. The President lived for another 15 years after the operation, with so very few knowing all about it.

A few months after the operation, E.J. Edwards, a reporter, actually found out about this secret operation. The reporter published a story about it, but because the President, who was known for his honesty denied it, the reporter’s story was not given any attention. It was not until 1917, that one of the doctors in the yacht team, divulged the entire details to The Saturday Evening Post.